Meta-meeting, being in a meeting implies having a meeting. 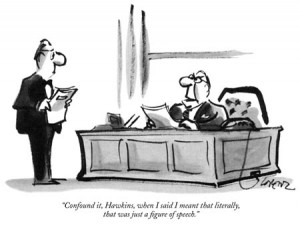 Commenting on a Pulse by Ruben van der Laan, it occurred to me, there is a distinction between being in a meeting and having a meeting. In every meeting you attend, you’re having both: you’re having a meeting and are in a meeting. The distinction is subtle and the enigmatic part of “a successful meeting”. It requires a participant (sic) to move between one “part” (having) to another “part” (being). Becoming a facilitator.

People both meet to make sense of their situation and to make sense of the meeting. As a meeting is “a situation” also, the latter classifies the first. You could call the sense making part the “content” (what and how?) and the meeting making part (who and why?) the process. You cannot resolve – to quote Einstein – a problem on the process level through the content. Nor vice versa. A meeting is therefore also a meta-meeting (a meeting about meeting). The latter part often goes unnoticed, AND is the source of difficulties in having a successful meeting. As you do not notice this source, you’re bound to try to “improve” meetings through the what and how, the content. For instance by SMART-goals and better agreements. And reinforcing the stale-mate.

So every meeting also constitutes a pragmatic paradox: there is a social difference between “who is having the meeting”, owning, chairing and “who is in the meeting”, attending, sharing (pun intended). At some point of time, the content part can only be “solved” through the process part. The process part of the meeting (context) becomes the content of the meeting (text). The chair might not notice this and continues pushing the content. Then participants can only “solve” their situation by resisting (escalating), “leaving” the meeting mentally (stagnating) or both. The body is there, but the mind has gone or You check out any time you want, but never leave.

Facilitators have developed a kind of sixth sense to move through these two interlocked parts. They – we – operate at the limes, the border, the edge, moving seamlessness between content and process, to balance between stagnation (“converging”) and escalation (“diverging”), translating the literal into the figures of speak and the figurative into text.