What and how on Identity

My dear friend Judith de Bruijn inspired me to start blogging again. I’ll share with you some pieces of my mind on facilitating change with groups and meetings. I’ll just start with the 12 paradoxes of group life.

My identity is ours

Identity means both “oneness” as well as “sameness”. It comes from “it” and “idem”, showing that you’re “it” and at the same time, “the same as”. The tension is clearly: “how can i be myself and be part of the same group”. On the one hand, you want to be unique – every body is unique, “you’re all different“. On the other hand, you’re part of a group of different individuals – everybody is the same, “no, I’m not“. Which one comes first: my individual identity or my group identity? Does a group determine my identity, or do I determine the identity of the group? There exists a dynamical interaction between me, us and them.

The problem gets worse, when we define one thing as “good” and another thing as “bad”. We prefer good over bad, so we prefer “good group” over “bad group”. Off course, my group, the group I’m in, our identity, is better than the others, the other identity. And in order to be a good group member, you have to fit in, adhere to the norm and … loose your individual identity. The differences, deviances, which created the group, have to be reduced, in order for the group to remain itself. Scape goats are discarded. As differences disappear, the group becomes less flexible and more prone to get stuck. Resisting this stuckness can off course best be done, by imposing stricter rules and regulations on identity. We have to act “as one” in order to succeed. And when we’ve all adopted the same identity, our problems will be over.

“Identity crisis”
What usually happens, is that the different parts of an identity are split off and used in different groups. To our amazement, the same person can be formal in one group and very informal in another. Also, an individual will express different opinions on the same subject in a one-on-one situation and when encountered in a group. And the difference between the two will be covered-up, in order to maintain one identity. This splitting can also be used, to attribute the disowned parts to other people from other groups. In that way, we do not have to develop an own(! pun intended) personality, strong in dealing with identity issues. Off course, in the long run, this may lead to an identity-crisis. And it severely blocks group development.

The biggest – and most obvious – split, is the split in gender, skirt versus trouser, female versus male, man or woman, receiving and giving. Off course, this split is introduced by men – the sword – and resisted most by women – the cup. Much of our corporate language, by the way, is male-biased. And social welfare groups tend to adopt more female metaphors. Thus male versus female is being “incorporated”. This results from an unfortunate development of looking for a way out through either dominance, restricting the potency of the other, or by negotiating a compromise that both groups can live with. In corporate language terms: all male top-management is because men are better suited than women or we agree on a percentage of women in governing boards. Also, I think, most of the issues with homosexuality and gender have to do with the processes of splitting off male versus female parts.

Scarcity strengthens identity
The paradoxes of identity surface most strongly in times of scarcity. We can see how it plays out in organizations who have to “guide people from work to work”, or, plainly said, laying off personel. After twenty or more loyal years, you’re being put in the street. Because work makes up (! pun intended) a large part of your identity, corporations have difficulty in persuading people that this is the best for both parties. And this is true for the people who keep their jobs as well as for those who have been fired. Also, the crisis within the EU is a good example: the national identity is being strengthened in order to cope with financial debts, thereby both enlarging these debts and fueling the nationalistic tendencies.

How to deal with identity as a facilitator?
Play with it, learn from it, use it. The tension between individual groups and groups of individual is both a struggle within each and every member and the processes of adjusting to one another. Identities are carried through dresses, language, posture and behavior. Early warning signs: lots of rules of conduct, stressing (dress)codes, not questioning behavior, one sided dominance or a tendency to look for compromises.

First and for all, check your own clothing – slightly overdressed and ambiguous. For instance, I do wear a tie – a nice word, symbolizing how one is “tied in” -, but very outspoken. Also, half way a meeting, I “loosen up”, and even hang it up. Look for clues in language, adapt your language first – say little – and then re-frame. Or even better, start searching for other words with the participants themselves. Change your position in space, when moving from one “typical” individual to another. Create a bridge by standing – physically – on the point of support and let the relationship flow through you. 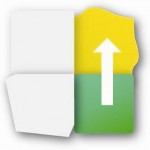 In my opinion, the stronger the individual, the deeper the desire to learn from the other(s). A tool I’ve used with facilitators and project managers. Project managers have a strong image, a lot of certificates, rules, procedures, grades. Facilitators are more feminine, intuitive, emotional:
1. Let the two groups take positions on two lines, facing each other, about three meters apart. Some people may defer, no problem.
2. Stand between the lines, on the side and instruct:
“I’ll pose a question. When you’re moved to give an answer, take one step forward. Briefly state you answer, the others listen and accept what is being said. No need for reactions. Only when you’ve stepped back, somebody else may step forwards to give his or hers answer to the question. Do not answer or react to what has been said.”
3. Pose the question: “what do you dislike about the other group?”. Step back and wait.
4. Some times you may have to intervene, repeat the question: step forward, make your intervention and step back. Do not comment on the answers.
5. When nobody steps forward anymore, check: “who wants to add an answer?”. Sometimes, people start saying what they like about the other. This could be a sign to switch sides.
6. Move over to the other side of the two rows.
7. Pose the question: “what do you love about the other group?”. Step back and wait.
8. When nobody steps forward, check: “who wants to add an answer?”
9. Debrief, in another room or seated.
What did you notice with yourself? Also give feedback on what you perceived in the way participants accepted or listened to the answers. Focus the group on the enrichment of “the others” and how they themselves are also “the other”.

Jan Lelie works as a facilitator in The Netherlands and Europe. He is a father of two - now grown up - children. He is a Certfied Professional Facilitator and has degrees in Business Administration and Physics. He is developing a legend of meaning.
View all posts by Jan Lelie →
This entry was posted in Engels, Faciliteren, identiteit, Identity and tagged belonging, EU-crisis, Evoke, femaleness, gender, Green - Yellow, identity crisis, line-up, maleness, paradoxes of belonging, Social - Mythic, tool, us and them, wij en zij. Bookmark the permalink.